Dependency injection (DI) is a mechanism to implement inversion of control principle. It is to create dynamically (inject) dependencies between different classes based on a configuration file description  or loaded programmatically. And the dependencies between software components are not expressed in the static code but determined dynamically at runtime.

Many  .NET programmers are asking what DI tools to use ?

We have worked on Spring.NET DI as shown  here Dependency Injection using SPRING.NET.

Now we are going to show how to use Dependency injection with Unity, Ninject and try to evidence Strengths and weaknesses of each other.

Evry one can build its own Dependency Injection Framework , so lets start from showing what is DI.

Suppose we have a Product Class :

Lets create a IProductRepository  interface and implement it : 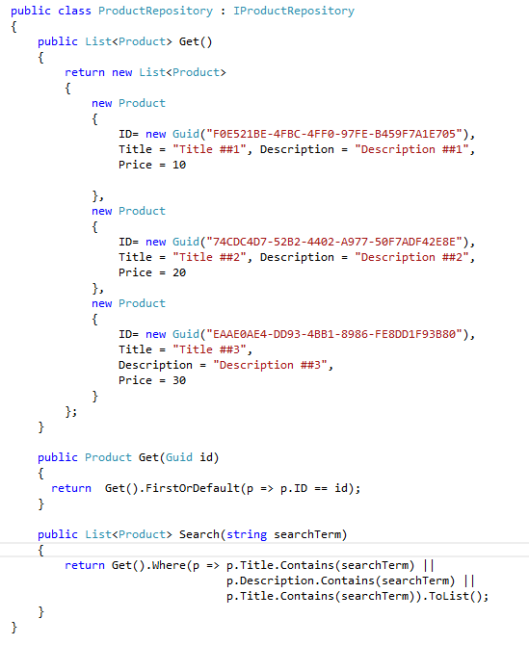 Now create an ProductService class to use our Repository

This can be troublesome when we want to run some unit tests on ProductService, especially if repository is something that does complex disk or network access.
So now we’re looking at mocking repository but also somehow intercepting the factory call. Very hard to do.

A solution is to pass the repository in as an argument to the constructor. Now you’ve moved the problem elsewhere, but testing can become lots easier.

So we are going to do Dependency Injection.

So it is very easy to change class implementation without having to change any implemetation somewhere else.

We have used 3 repositories to implement 3 different maners of retrieving data. 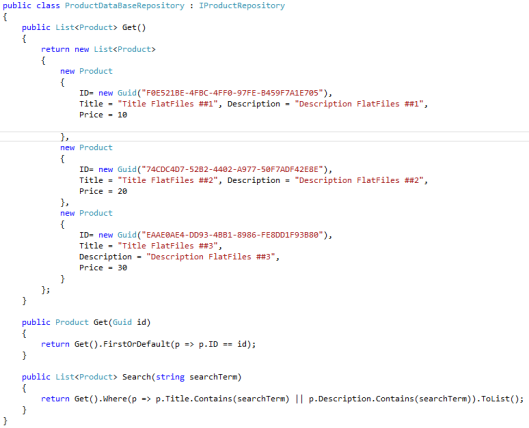 There are two primary reasons for creating a custom membership provider.

In tis tutorial, we are going to implement and configure a custom Membership…

In this article, we are going to walk through how to create, build  and deploy your Windows AZURE Cloud Service.

We will create a Cloud Service With ASP.NET Web API using web and worker roles. And finally we will introduce how to communicate between tiers using Service Bus Queues.

For more information about your Windows AZURE Cloud Service, please take a look at documentation.

Is coming soon, fill in the form to get notified